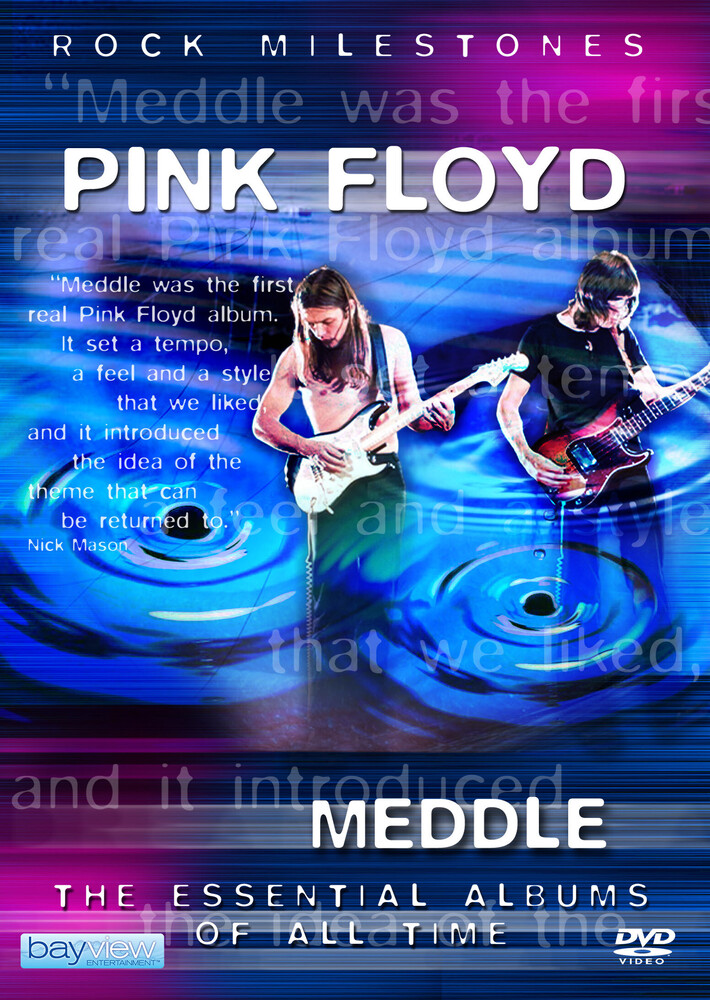 First released in 1971, Meddle was Pink Floyd's first great album in the post Syd Barrett era - a landmark album in the career of a remarkable band that set new standards in British Progressive rock. Featuring a superb line-up of leading rock journalists and music historians including Phil Sutcliffe, Carol Clerk and Alan Clayson, this DVD is a fascinating independent critical review of one of the most powerful and enduring albums in the Pink Floyd canon. With highlights including standout live performances of album tracks One of These Days, Echoes and Fearless as it's backdrop, the program delves into the story behind Meddle and explains why it earned a special place in rock history.