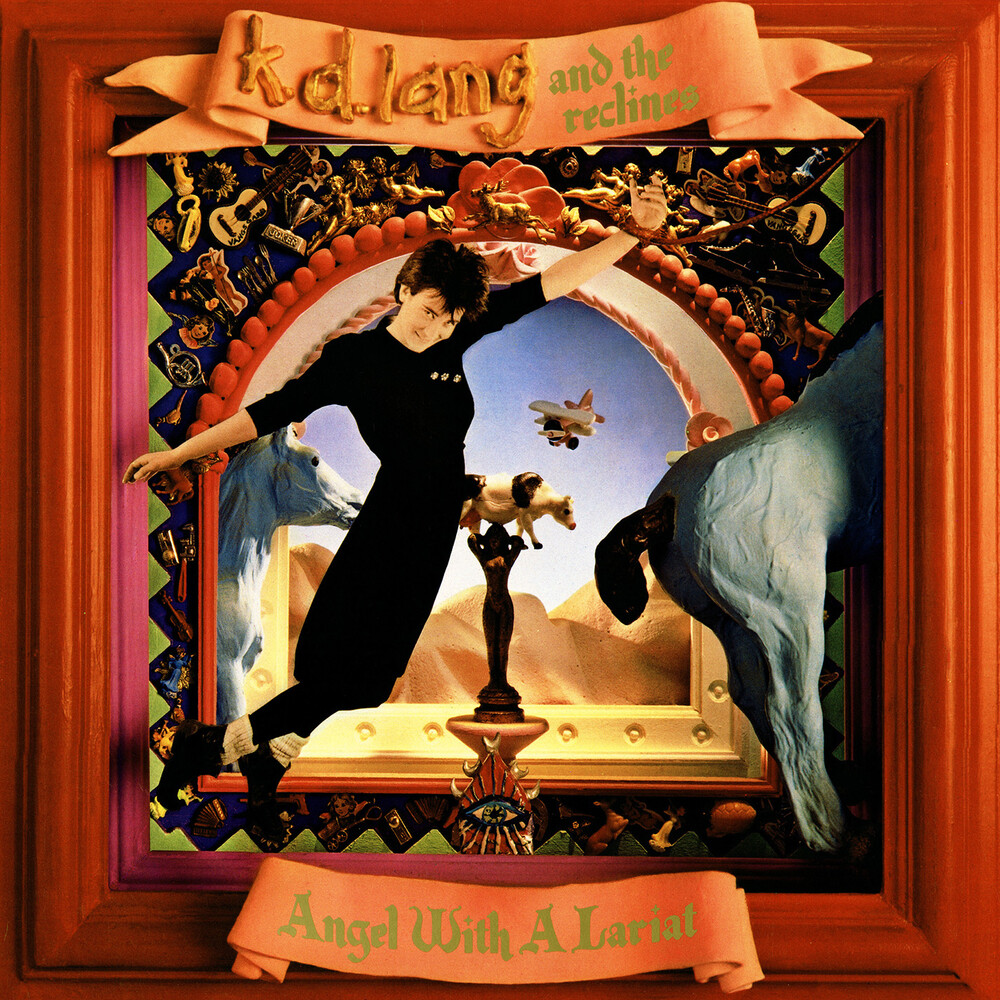 Vinyl LP pressing. Angel with a Lariat is the second album by k.d. lang and the Reclines, released in 1987. This was the first release outside of Canada. Angel with a Lariat is a country recording, influenced by rock and rockabilly and possibly even new wave. Produced by Welsh guitarist, singer and musician Dave Edmunds, the album was recorded in London, England in 1986, though k.d. was based in Vancouver Canada at the time.