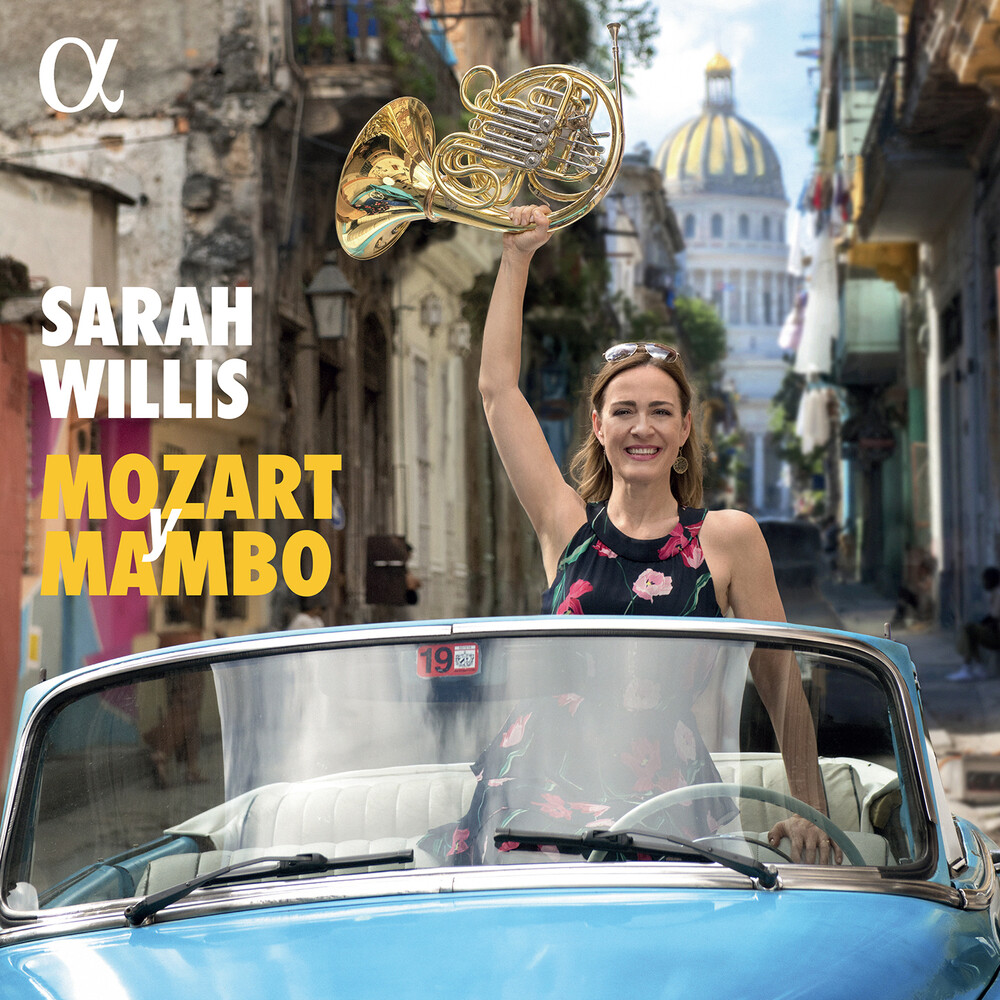 Sarah Willis is a tireless ambassador for her instrument, the horn, which she champions around the world. Already a horn player with the Berlin Philharmoniker, in 2014 she launched for the German television channel Deutsche Welle what was soon to become a famous programme, 'Sarah's Music', a series of interviews with personalities ranging from Gustavo Dudamel to Wynton Marsalis, which presents music with warmth and in all it's diversity. But Sarah's other passion was born when she arrived in Cuba to give a masterclass. The music and musicians she met there had a huge impact on her. Since then she has gone back regularly, founding an ensemble, The Havana Horns, that originated in a flash mob filmed for 'Sarah's Music'. Now she has decided to make an album combining the most famous of classical composers - 'Mozart would have been a good Cuban', a musician told her one day in front of a statue of the Austrian genius in the middle of Havana - and the local pride, the Cuban music that is everywhere on the island... With the Havana Lyceum Orchestra and it's exuberant conductor Pepe Méndez, she presents Mozart works for horn and orchestra (the Concerto no.3 and the Rondo K371) alongside a Rondo alla Mambo inspired by another Mozart rondo, a Sarahnade Mambo, a Cuban Eine kleine Nachtmusik, and other treats. A number of famous local musicians take part in this recording, which also pays tribute to Cuban repertory, with the song Dos Gardenias para ti made famous by Ibrahim Ferrer and the Buena Vista Social Club.