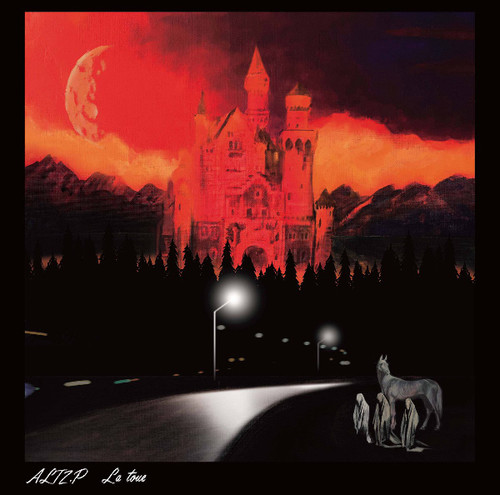 It's been six years since Altz.P released their debut single "Dodop" in 2012 from the label Crue-l which Kenji Takimi presides over. They've produced the black, fat, tight, band sound, which is exotic and toxic, but shamanic and heavenly. Pulseman, the singular genius, has a perfect command of vibration frequency originating the groove. His minimalism and the Middle East disco beats by the drummer, Mau (ex-Newest Model), and the bass player, Shake Yoshimura, are intersecting organically. The one and only sound view of ALTZ, the star that shines on the scene, is spiritually colored by the shrine maiden chorus girls, Maririns, whose names are all Mari. Their psychedelic power of language in the soulful chorus is interesting. Also, 21CH (ex-Damage) is performing the synthesizer as a guest player.