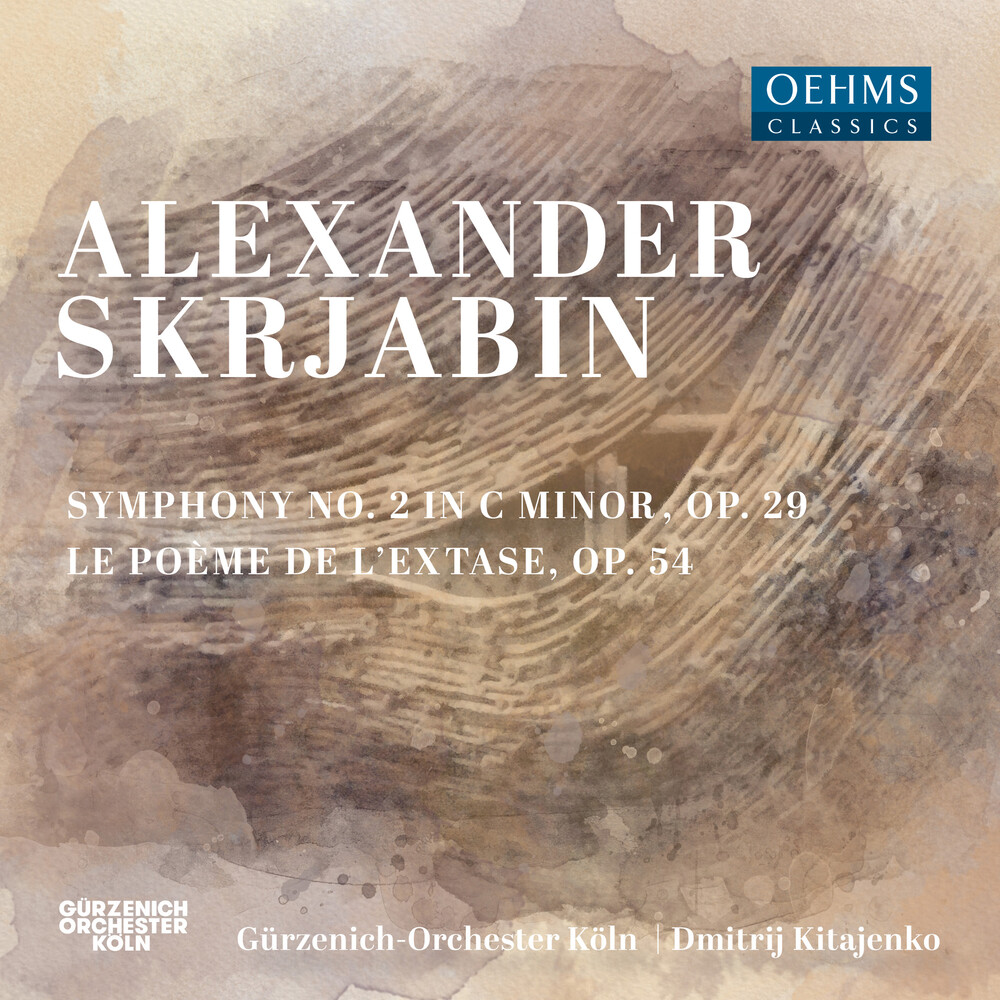 Good music was not enough for him: Alexander Scriabin wanted people with his music to liberate, redeem humanity. Scriabin's ecstatic sound poem leads the romantic Symphony orchestra at it's limits. A departure into infinity: "And the universe echoed / From the joyful call / I am!" Says the end of his soaring poem "PoĂ¨me de l'extase," which is the inspiration for the symphonic work. With the voices of the WDR Rundfunkchor. A sung ending sounds in this recording, which crowns the bold flight of the soul with an orgiastic ending. As a long-time guest conductor of the GĂĽrzenich-Orchester KĂ¶ln, Dmitrij Kitajenko proves his particular affinity for the interpretation of Russian music here, as in Scriabin's Second Symphony. Kitjaneko celebrated his 80th birthday in 2020.