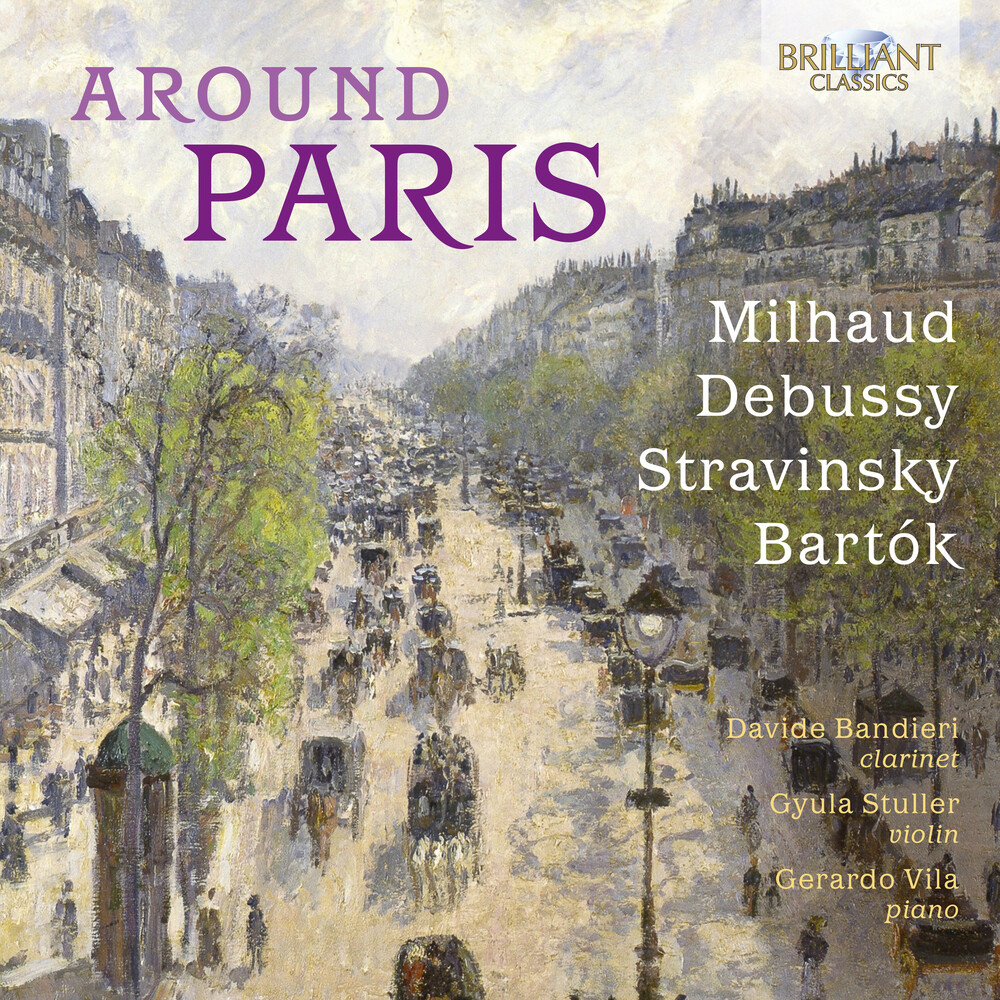 During the first decades of the last century, Paris took over from Vienna as the center of the art-music's universe. Ideas and styles exploded like fireworks from the French capital, and among the first figures sending them into the wider world was Claude Debussy. His PremiĂšre Rhapsodie began life as a competition piece for clarinet, first performed in 1911, and while the later orchestral version is now more commonly heard, it is instructive to revisit the composer's original, more subtly allusive first thoughts. Seven years later, by now dying of cancer, Debussy completed the last of three works in which he returned to the traditional form of sonata which he had avoided through much of his career in favor of tone-pictures such as the PrĂ©ludes and suites for piano. The Violin Sonata counts among his most concise and refined works in an output touched throughout by those qualities, demanding the greatest subtlety and passion from it's interpreters. In the same year as the PremiĂšre Rhapsodie, Stravinsky had scored his career-defining succĂšs de scandale with the premiere of Le sacre du printemps, and by 1918 he was established as a darling of the Parisian avant-garde when he composed L'histoire du soldat for a septet of instruments and narrator. The following year he arranged five self-contained numbers from the score into a suite, further reduced for a spiky instrumental trio and featuring the marvelously sly tango as well as the Rite-like final Danse du soldat. Milhaud's Suite and BartĂłk's Contrasts date from two decades later, but they are still infused with the absinthe and lemon of 20s Parisian culture. Heard together, the five works paint a portrait of a world of dazzling colours and restless momentum, sometimes bewildered by it's own precosity, taking what it wanted from old cultures and always breaking new paths.