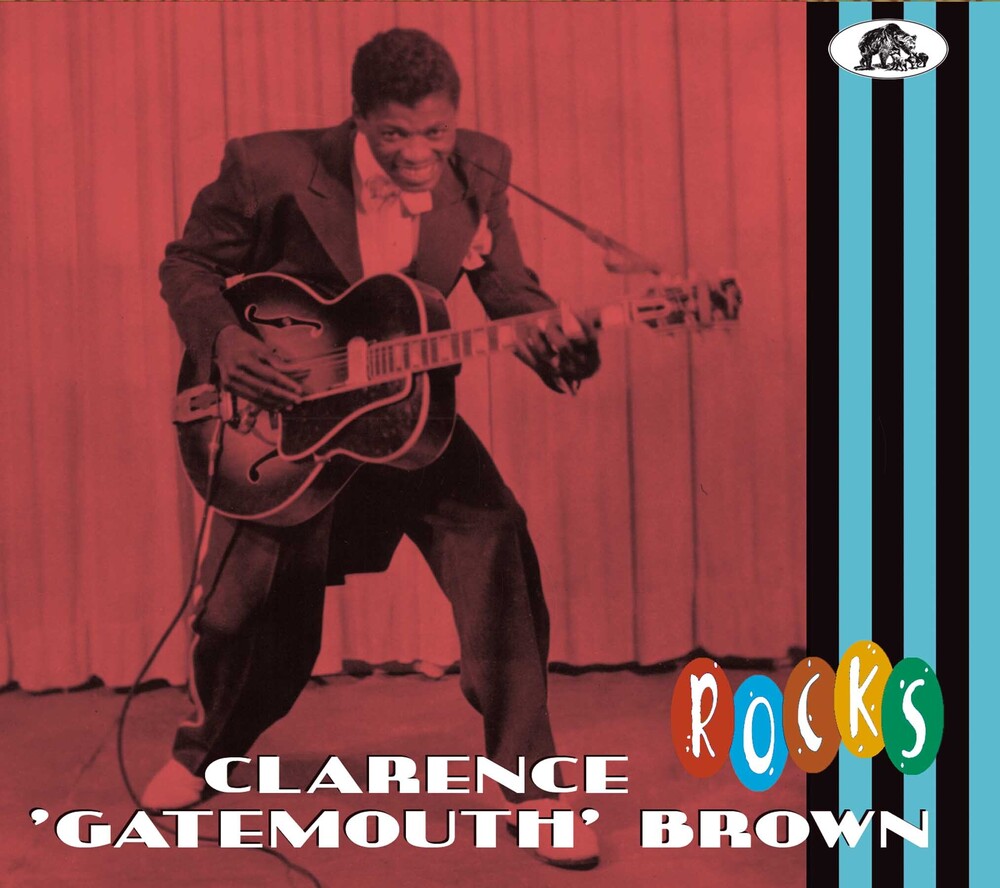 T-Bone Walker, the 'inventor of the electric blues guitar', opened the gate & young guys like Johnny 'Guitar' Watson and Clarence 'Gatemouth' Brown raced through!-In the late 1940s, young Clarence 'Gatemouth' Brown first conquered the stages of his home state of Texas with incredible energy & speed.He revolutionized the way of playing the electric guitar and remains a role model for whole generations of blues guitarists to this day.Recordings from 1947 to 1960 for Aladdin and Peacock.Compilation of his brilliant, up-tempo numbers - both instrumental and vocal!Carefully mastered from the best possible sources.Detailed and enjoyable biography by Bill Dahl in an extensive and illustrated booklet; discography.One evening in 1947 T-Bone Walker and his band headlined the then popular and huge Bronze Peacock Club in Houston. Walker had to interrupt his show for health reasons - an opportunity that the 23-year-old did not miss. On the instructions of the club owner he took T-Bone Walker's guitar & went on stage. 'It was the first time I played guitar in public. Well, this crowd, man, we had about 800 people in there, and it was an all black audience. And I went up there and immediately invented 'Gatemouth Boogie'. I made about $600 in tips in about 15 minutes. That was a lot of money back then.'Don Robey, the club owner, became his patron and producer. Dissatisfied with the first recordings produced for Aladdin in Los Angeles in 1947, he founded his first own record company, Peacock Records, for which Gatemouth produced exclusively until the early 1960s.Chicago music historian and blues expert Bill Dahl has put together this luxuriously crafted CD album for Bear Family, featuring the most exciting & innovative faster guitar recordings of Clarence 'Gatemouth' Brown. This is the most comprehensive and competent story about a chapter in Texas blues guitar history, which became so important for the future development of modern blues.