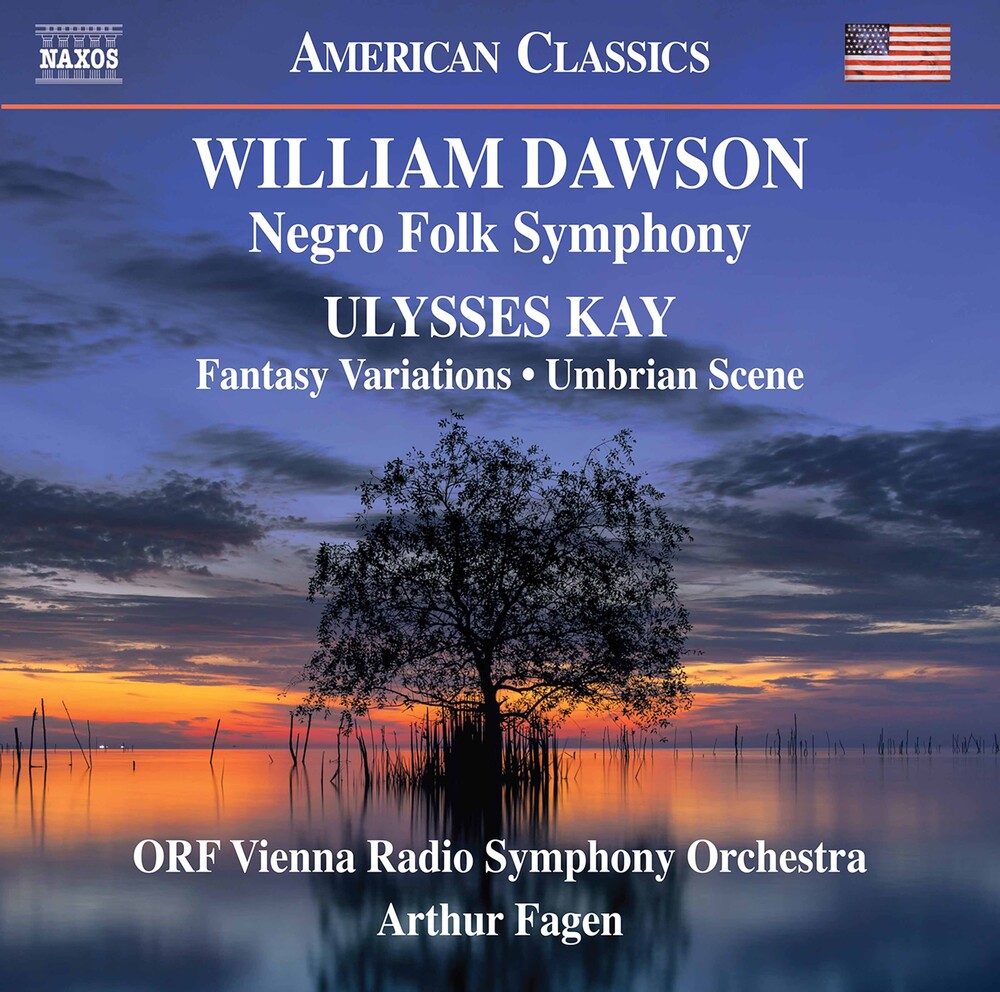 William Dawson's Negro Folk Symphony was premiered by Leopold Stokowski and the Philadelphia Orchestra in 1934 to huge enthusiasm. It's traditional form houses a continuous process of variation and introduces little-known spirituals in fragmentary form, while the work's recurring motifs, remarkable transitions and syncopations are enhanced in Dawson's 1952 revision heard here. The Fantasy Variations by composer and teacher Ulysses Kay employs dissonance with great expressivity in a work of textural and coloristic variety. Umbrian Scene, despite it's pictorial suggestion, is lean and sombre. Arthur Fagen has conducted at the world's most prestigious opera houses including the Metropolitan Opera and Vienna State Opera, and has led acclaimed orchestras such as the Orchestre de la Suisse Romande and Deutsche Kammerphilharmonie. He has recently conducted the London Symphony Orchestra, the Royal Philharmonic Orchestra and the Philharmonia. Fagen has served as principal conductor in Kassel and Brunswick, chief conductor of the Vlaamse Opera and music director of the Queens Symphony Orchestra. From 2002 to 2007, he was music director of the Dortmund Philharmonic Orchestra and the Dortmund Opera.