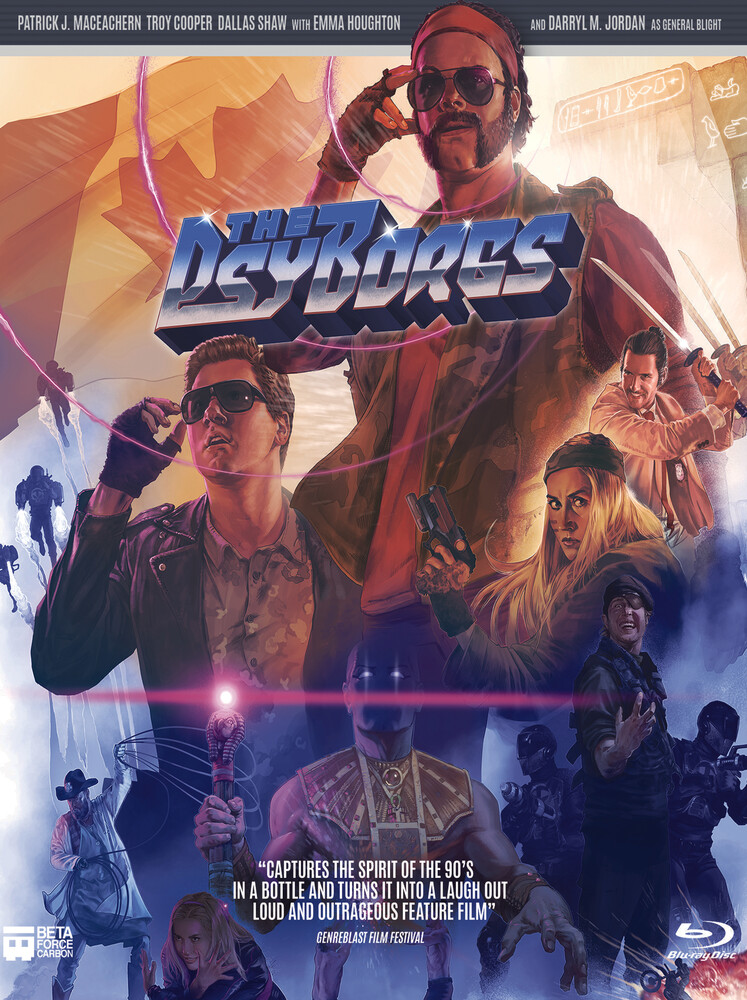 The future, 2003. The world is strangled in the grip of a madman, the twisted General Blight. Blight commands the nefarious terrorist cell T.O.X.I.N. - a militant organization hell-bent on total galactic domination. Blight and his evil T.O.X.I.N. agents will stomp on anything in their path to ensure that their evil dreams come true, but luckily for humanity, John Carbon and his squad of psychic heroes - THE PSYBORGS - are here to stomp back! It's the showdown of the century as John Carbon, Ricky Blaze, and Deutsch infiltrate a heavily-guarded T.O.X.I.N. compound to rescue Jessie Sparkle, defeat the insidious WhirlWind, and put an end to General Blight's evil plans once and for all. They are the Ultimate Force for the Digital Age. They are... THE PSYBORGS!