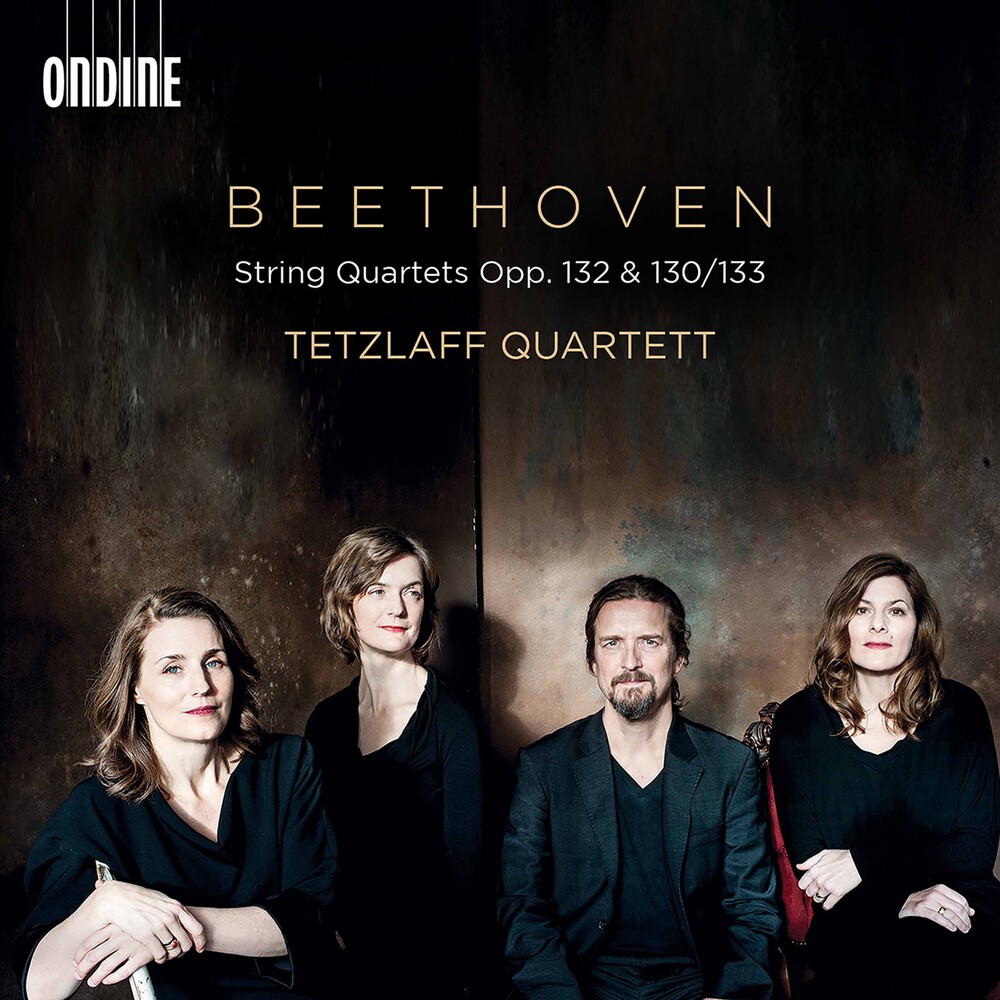 This new album of Beethoven's late String Quartets by the prestigious Tetzlaff Quartett offers a fitting tribute to Beethoven's 250th anniversary year. These monumental works which are given fresh interpretations by the quartet are among the greatest achievements in the history of Western art music written by a composer who had already largely lost contact with the world. When writing his final String Quartets (Op. 127-135) Beethoven was quickly becoming increasingly ill and understood that he would never be able to recover fully. Beethoven had just completed his 9th Symphony when he received a commission to write String Quartets. What resulted was a string of totally unique masterpieces highly individual in their language and unusual in their form. String Quartet in A minor, Op. 132 is a work in 5 movements with movements Nos. 1, 3, and 5 being the central bearers of meaning. The quartet's hub and pivot is the middle part of the work, Heiliger Dankgesang eines Genesenen an die Gottheit, in der lidischen Tonart (Holy Song of Thanksgiving of a Convalescent to the Divinity, in the Lydian Mode). The biographical context of this title is obvious and specifically refers to the severe bout of illness experienced by Beethoven from the middle of April to the beginning of May 1825. The Grosse Fuge, Op. 133 is a work that has fascinated listeners for two centuries. Originally, String Quartet in B flat major, Op. 130 and Grosse Fuge Op. 133 were part of one and same work. Beethoven had written the Fuge as the final movement for the String Quartet, but his publisher urged him to write a new ending. For this album, Tetzlaff Quartett performs the String Quartet Op. 130 together with the Grosse Fuge, thus bringing the work back to it's original form.