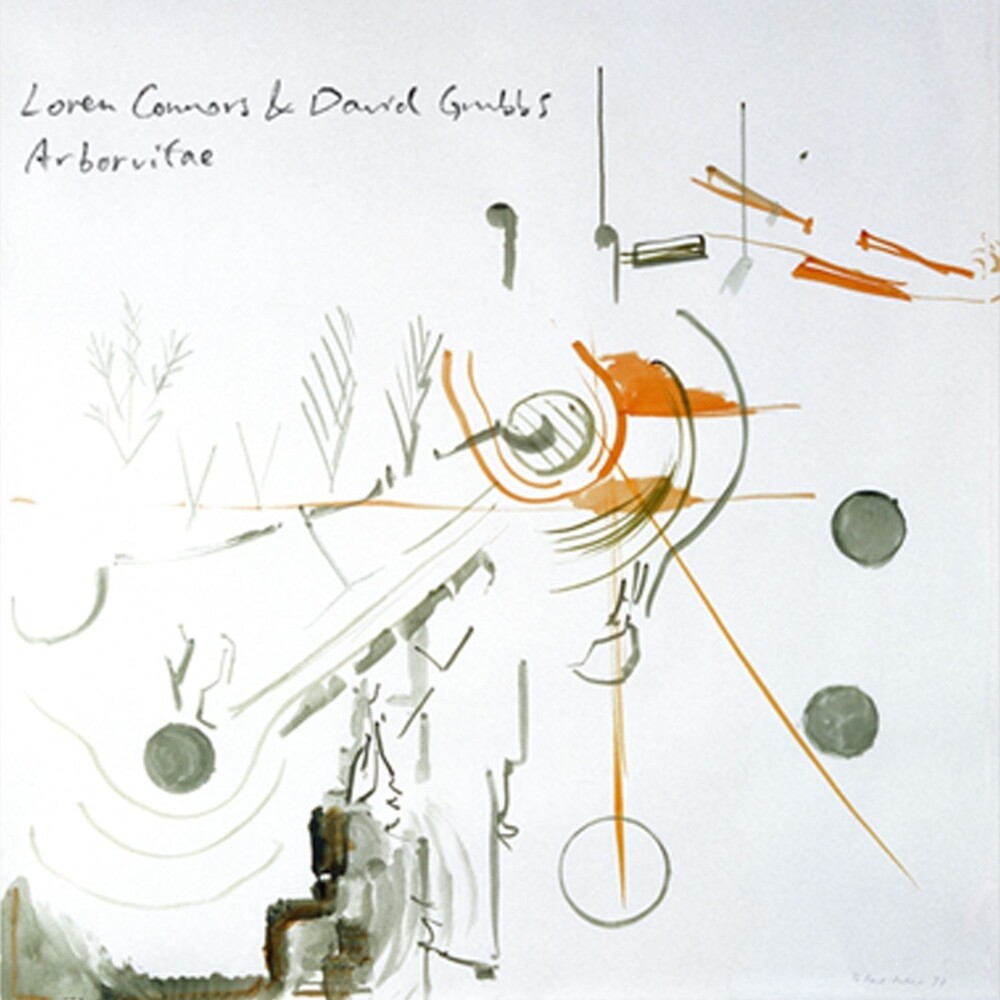 This is the first LP release on Loren Connors' and David Grubbs' Arborvitae, originally released on CD by the Swedish label H√§pna in 2003. Loren Connors and David Grubbs first performed as a duo on May 30, 2003 at the Green-Wood Cemetery Chapel in Brooklyn, N.Y. Green-Wood Cemetery is one of Brooklyn's landmarks-it's the highest natural point in the borough, and an unexpected expanse of tranquility in the midst of the city. The stone interior of the chapel makes the quietest of sounds audible, and Loren and David played a remarkably quiet yet extraordinarily varied hour of improvised music. Arborvitae opens and closes with the pairing of David on piano and Loren on an electric guitar played so quietly that at times his pedal-stomping is wondrously distinct. "Blossom Time" and the title track positively float, with Loren alternating between soaring single-note lines and playing the rough, barnacled anchor to David's relentless tide. David's approach to the piano recalls his playing on Palace's Arise Therefore and his own Banana Cabbage, Potato Lettuce, Onion Orange. Loren hypnotizes throughout. This is one of the rare instances up to this point in his career that he had recorded in a commercial studio, and his playing, time and again, rewards such a detailed recording. "The Ghost of Exquisite" and "Hemlock Path" are two slow-motion lockings of guitar horns. "The Highest Point in Brooklyn" isn't the place to be in an electrical storm-but it rolled in all of a sudden and there we were, uncovered and open to the elements.
back to top