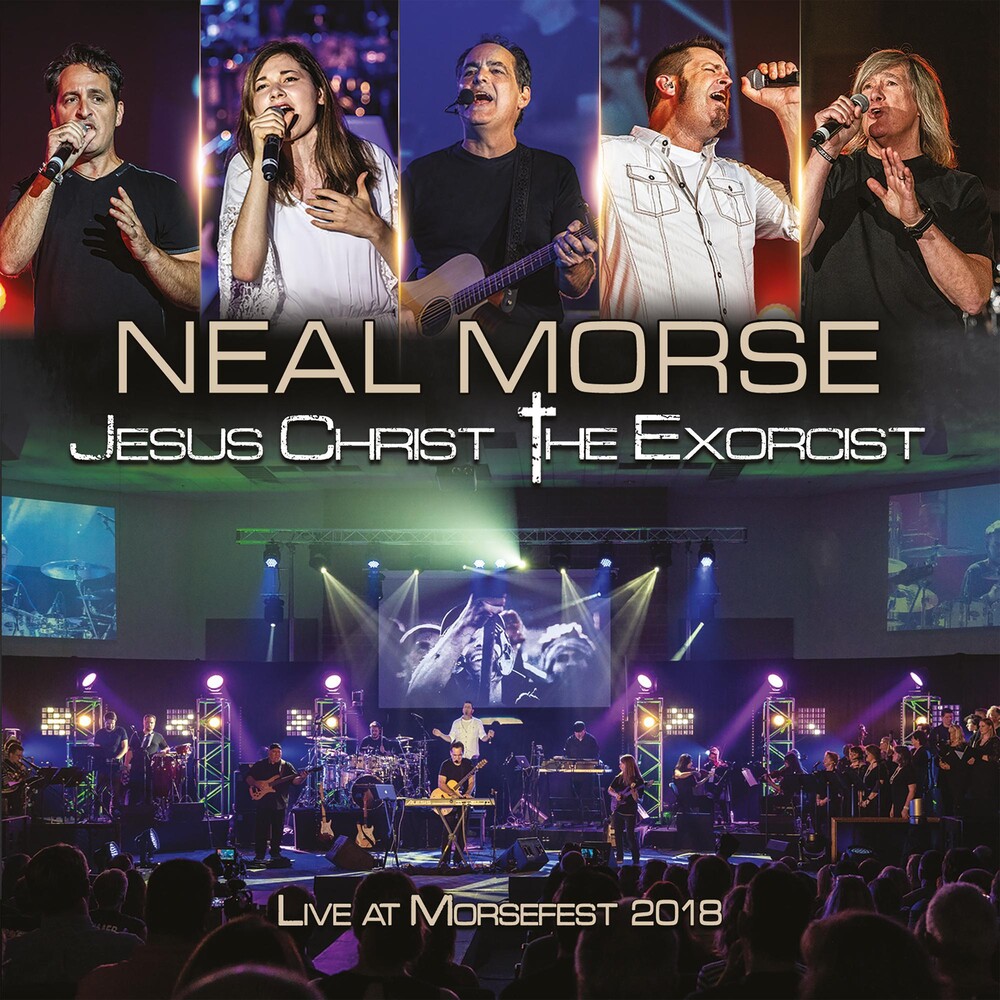 Acclaimed prog rocker Neal Morse returns with a new live set, "Jesus Christ The Exorcist (Live At Morsefest 2018)" As the title suggests, this new live album and DVD and Blu-ray, was captured at the annual Morsefest in 2018, where Neal and band performed his then new album, "Jesus Christ The Exorcist" in it's entirety. This unique live album presents the entire "Jesus Christ The Exorcist" story set as a progressive rock musical. Here, the biggest change from any typical Neal Morse performance was that he was the musical director and not the main performer. The backing band included some of his usual collaborators like Bill Hubauer and Randy George, of course. Eric Gillette, usually the guitarist, was the drummer for the musical and showed off his incredible skills while Paul Bielatowicz was on lead guitar for the show. The orchestra included a horn section, a choir, backing singers, and a string quartet. The staging and lighting was nothing short of impressive, with the visuals by Christian Rios and sound by Jerry Guidroz (Sons of Apollo, Neal Morse Band, Haken) taking things to the next level.