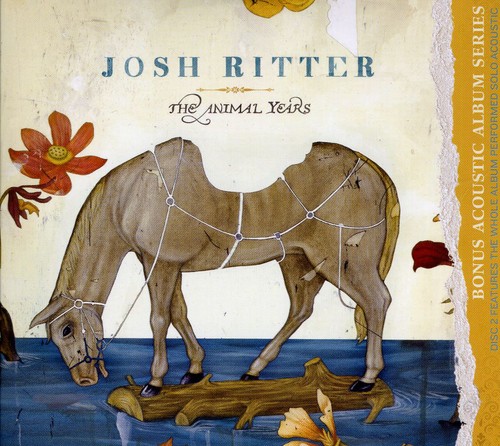 Josh Ritter's deluxe double-album re-issue of The Animal Years, the best-selling title in Josh's catalog! Like Golden Age Of Radio and Hello Starling, The Animal Years has been drastically improved. The updated version now includes a BONUS cd, featuring Josh performing the ENTIRE ALBUM solo acoustic, plus four LIVE b-sides, and two videos. The acoustic album was recorded for this re-issue in 2008, and these recordings have not been previously released.