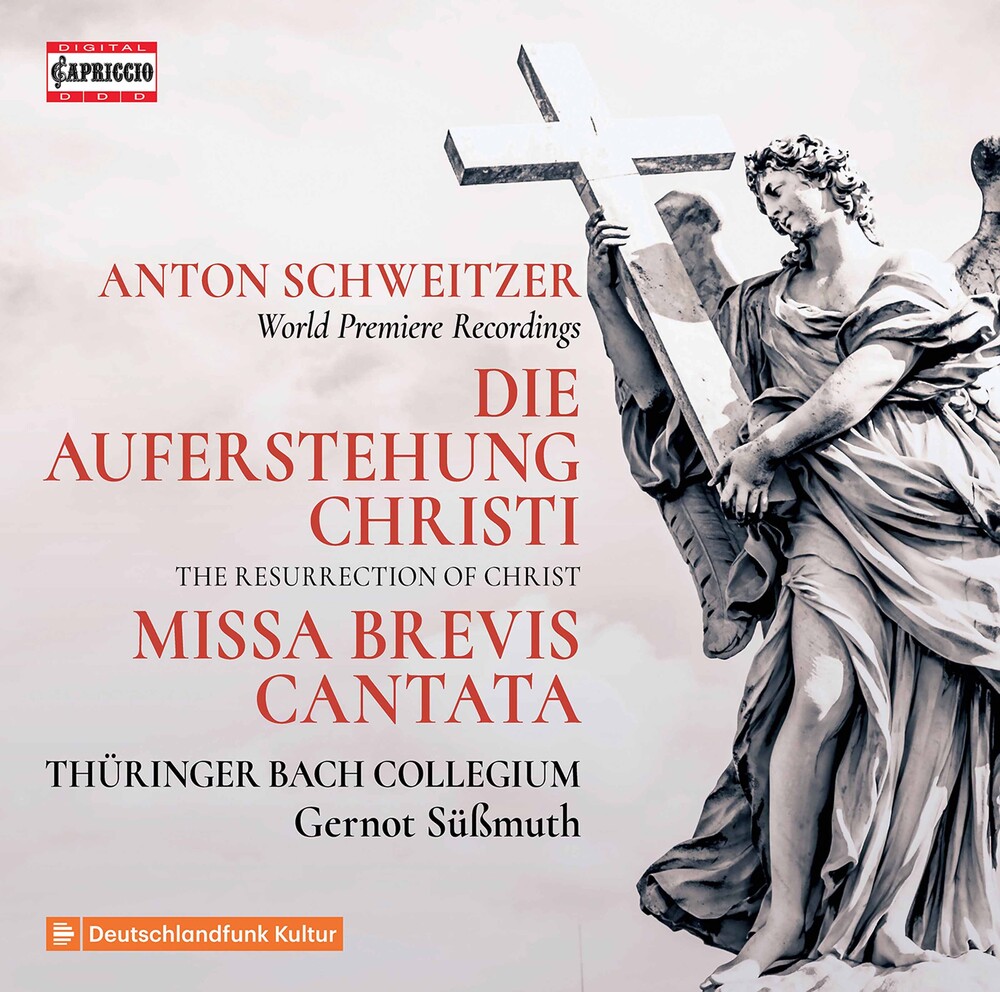 Only few testimonies provide us any details about this now little known but once esteemed composer. Born in Coburg, 1735, Anton Schweitzer died 1787 in Gotha, where he had settled following the Weimar palace fire in 1774. Regrettably, only relatively few manuscripts have survived. Some of the works recorded here (which comprise almost the entire existing church music) have been preserved in several copies, which were recently found in different archives in Thuringia. This recording shows us a colorful virtuoso music of an unjustly forgotten composer. The works on this release are world premiere recordings.