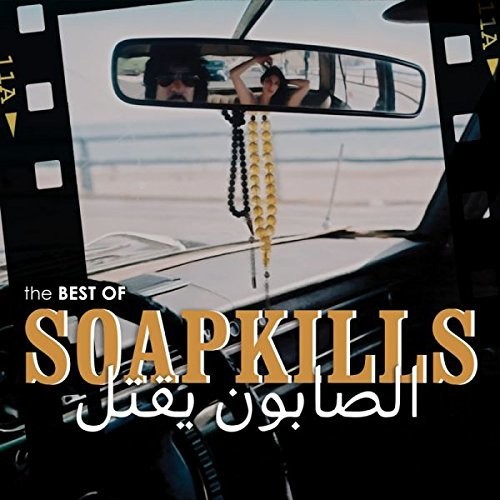 The Best Of Soapkills
Artist: Soapkills
Format: Vinyl
New: Not in stock
Wish

One of the very first indie bands to emerge in the Middle East, Soapkills was founded at the end of the '90s by Yasmine Hamdan and Zeid Hamdan, both born in Beirut, but not related. The group's sound was influenced by the production style of Massive Attack and Portishead, featured Yasmine's contemporary, personal interpretations of classic Arab songs. Initially dominated by a Roland MC-303 Groovebox, the band would later include trumpet, flute, saxophone, bass and drums. The result was a bold new approach that took more from the classical Arabic repertoire of their parents' generation than the nominally popular Lebanese rock acts of the 1990s and early 2000s did. Since the group's demise in 2005, their cult status has continued to grow in the Arab world. Best of nSoapkills compiles tracks from their three albums, respectively entitled Bater (2001), Cheftak (2002) and Enta Fen (2005), which were all self-released. Their music quickly became the soundtrack to the vibrant, young arts scene which developed in postwar Lebanon, and in 2007 the band was mentioned in Time Magazine as part of "small but artistically-significant rock scene" in Beirut.