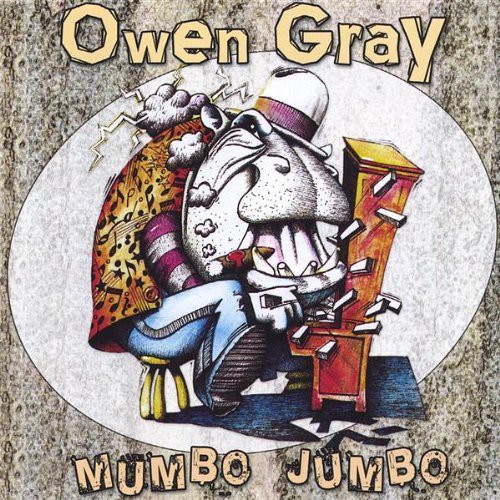 Queensland may be a hell of a long way from Louisiana, the sound of the New Orleans Mardi Gras and Saturday night fish fries but Australian singer-songwriter Owen Gray has drawn on the spirit of The Big Easy for his forthcoming album, MUMBO JUMBO. Inspired by the likes of Dr John, Rickie Lee Jones, Johnnie Johnson and Little Feat Owen Gray's organic style is a potent mix of Rhythm & Blues, Funk, Soul, Country and Roots music that refuses to be bound by the restrictions imposed on artists in the 21st century. From the good-time bar-room blues of the title track, the rollicking shuffle of Coo Ca Choo and the funky Do The Do through to the tongue-in-cheek, brassy jazz of Henry The Hippopotamus, the country inflected Stay With Me and gospel soaked album closer The Womb (one of 5 tracks recorded live on Queensland's Sunshine Coast) MUMBO JUMBO is melting pot of musical styles and rhythmic ingredients which is surprisingly familiar yet refreshingly new at the same time. Owen composed eight of the album's ten tracks: Everyday Living and This Side Of Paradise were penned by US composer (and member of legendary funk band The Time) Monte Moir whose writing credits include Gladys Knight, Janet Jackson, Patti Austin and many more. A musicians' musician who is proficient on bass and guitar as well as piano (his main instrument of choice) Owen has been plying his trade within the confines of the Australian music industry for many years. After establishing a reputation in the country field (including a stint with RCA recording artists Saddletramp) Owen found his calling with the release of his blues album Hanging At Harv's Joint in late 2002. Recorded on a 100 year old piano in just under two hours Hanging At Harv's Joint was a 40 minute snapshot of an artist stripped back to the barest of basics. Sold only at his gigs throughout South East Queensland Harv's Joint was eagerly hunted down by blues fans keen to hear Owen's raw piano licks and gritty vocal stylings. Respected Australian roots music magazine Rhythms managed to get their hands on a copy and said 'this recording demonstrates a fully formed blues talent with real depth and originality' whilst comparing Owen to the legendary Champion Jack Dupree. Owen was subsequently invited to join Brother Goose by the late Barry Sullivan, an original member of Chain. He would play with the group for almost a year and features on their debut album as the piano player and lead vocalist on six of the CD's nine tracks. With all roads leading to the birthplace of the blues Owen figured it was time to listen to the signs and release this project.