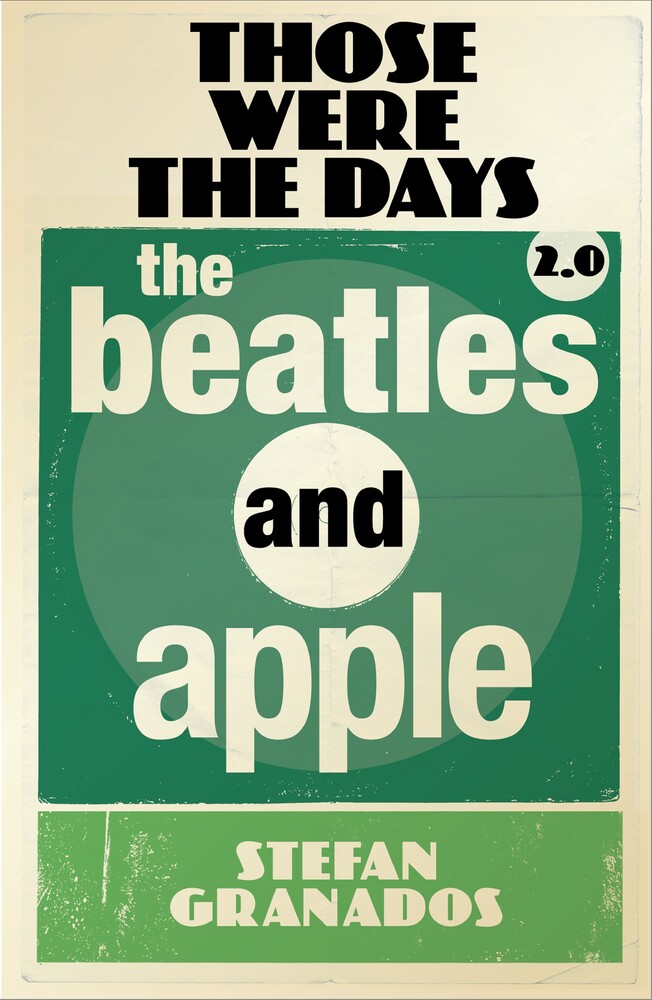 Those Were The Days 2.0: Beatles & Apple
Artist: Granados, Stefan
Format: Book
New: Not in stock
Wish

We proudly present a new and updated edition of the author's critically acclaimed 2002 title 'Those Were The Days' - the definitive chronicle of The Beatles' Apple organisation. Much has changed within the music industry since the original publication of 'Those Were The Days', and the music and business of The Beatles and Apple has not been exempt from those changes. Since 2002, the organisation has learned to function in a digital world, The Beatles have become a Las Vegas attraction and accompanying brand, and have taken tentative steps into a marketplace that now demands a steady supply of archival reissues and creative repackaging. Perhaps most notably, and ironically, Apple also undertook a lengthy legal battle with one of the most powerful organisations on the planet, the omnipresent Apple Inc. , whose technology largely enabled those wholesale changes to an industry whose model was cemented by The Beatles' unprecedented multi-media popularity during the 1960s and beyond. Nevertheless, Apple and it's extended stable of artists (Mary Hopkin, James Taylor, Badfinger, Billy Preston, Hot Chocolate and many more), has endured into the 21st Century. In fact, Apple never really went away. Having long been regarded as the Beatles' great folly, the reality of the company tells a different tale - through it's careful cultivation of the Beatles' brand and the interests of many other artists, it continues to turn over millions of pounds a year and, in many ways, has evolved into the business The Beatles envisioned all those years ago. This new and expanded edition of 'Those Were the Days' brings the still-evolving Apple saga up to date, adding a significant amount of new information and images to the original work. Having conducted countless interviews with key players within the organisation over a twenty five year period, the author here brings an unrivalled wealth of knowledge and insight to one of the most revolutionary organisations the entertainment industry has ever known. DIY before there was DIY, and proudly anti-establishment in ethos, Apple remains both a fascinating subject for Beatle fans, musicologists and students of the 20th Century, and a treasure trove of do's and don'ts for the aspiring musical impresario. Stefan Granados also contributes to Shindig and other publications, and is a producer for the U. K. reissue label RPM Records, for whom he has curated the celebrated Apple Music Publishing compilation series as well as working with Apple Corps on the reissues of albums by Lon and Derrek Van Eaton, Grapefruit, and Mortimer.